Banking Hall Woes: Last week I spent about 6 hours in 6 different banking halls, trying to deposit or withdraw cash, make cross-bank transfers, utility payments and complete other bank transactions. Some observations:
– Banks with several empty ‘teller’ windows even as customers queues get very long
– Employees who sit at the front desk but don’t serve customers as they do back office transactions, reports & reconciliations
– Disinterested employees who’d rather gossip in vernacular than serve customers
– @kainvestor tweeted: it takes 1 hour, 2 branches and 4 tellers to get one foreign bankers cheque done at #StanChart. Still waiting #fail
– Customers who ‘book’ places in the queue. As the queue shortens near the front, they walk up from where they have been sitting and edge back in front of the person, who they had queued with thirty minutes earlier
– Older banks like Barclays as you to bring a passport photo and get a referee signature to open an account, while new banks like equity bank and family staff will snap your picture with a digital camera.
– There are no more developments in e-banking being rolled out in Kenya; new bank – customer interface deployments are in the areas of phone/mobile/m-banking
– Despite the millions of masses on mobile banking, the bulk of business in Kenya is cheques-based. Cheques remain awkward, prone to errors, and are resented as a form of payment as recipients have to wait for up to four working days to get money from the date they present their cheques. Assuming there are no errors, clear over four working days.
– From a Central Bank of Kenya 2009 supervision report you can get an idea which banks halls are likely to be crowded going by their number of deposit customers: Equity Bank is No. 1 with 4.0 million followed by Co-op bank with 970,000, KCB 751K, Barclays 748K, and Family 574K. Least crowded may be banks like City Finance 654, UBA 832, Development bank 1,022, Middle East 1,462, and Equatorial 1,981. 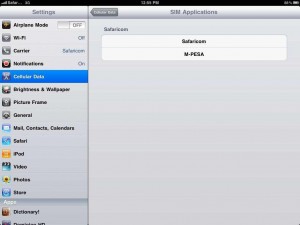 Mobile money banking solutions Banks have tried to minimize the prevalence of queues, usually longest at month ends rather than mid-month, by offering alternative channels such as mobile banking and ATM facilities. A few years ago, the push was to develop Internet-based banking, but that seems to have been set aside by the industry to focus on (mobile) phone-based avenues.
Last month also brought M-kesho, a partnership between mobile giant Safaricom and a leading bank Equity Bank. This one was very notable as it was marketed as one in which Equity Bank account holders could earn interest on money saved through their mobile phone – and this has been widely written about widely:

From the blogs – Idd Salim. Nothing new, Zain Zap has done this since 2007, but Safaricom is like Man U. They have ‘refs‘ who favor them game after game and win battles that are not even their own.
– Kainvestor: Too complex and not particularly new
– Rombo , Safaricom’s 17,500 M-Pesa agents will now operate as part of Equity Bank (account opening, withdrawal/deposit) which has 80 branches countrywide
– Majibu: (after M-kesho) Safaricom can do better – by working with local developers and allowing them to develop on their platform. Safaricom needs to learn from the likes of Apple, the success of the iStore is because each developer is given an equal chance.
– White African: As others have pointed out, this isn’t exactly groundbreaking and new. Why is it big then? It’s big because of who is doing it: the giants of the banking (equity) and mobile sector (Safaricom).
– @wanjiku suggested that her bank, Family bank should partner with Zain

Others – A comment at the CGAP who advised on the creation of M-pesa noted that hopes that system failures that plague m-pesa will be a thing of the past
– Equity Bank’s CEO made one comment on TV, about how this made sense as they (Equity) had launched a mobile banking application (EAZZy), but they found over time that could not compete with M-pesa so were folding it to join M-pesa.

More mobile variants: What does that mean for other banks? Despite @wanjiku’s earlier suggestion Family Bank went ahead and signed with Safaricom, not Zain, upgrading their existing mobile application into one called existing mobile banking application into new called Pesapapwhich also allows transfer from account to/from m-pesa and mobile service providers Cellulant rolled out at the same time with one called lipuka

Other thoughts on agency banking Vis a Vis m-kesho – Safaricom has very subdued brochures about M-kesho – with which one can transfer funds to from their bank account at Equity and all the benefits (micro savings) and product hype is by the Equity side. Odds are that most of Equity’s 4 million customers are M-pesa account holders already
– M-pesa cash has been held in trust by CBA Bank since its inception. Will Equity angle for a piece of that? 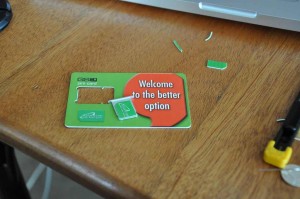 Enter Agency Banking: The sub-text of M-kesho and other variants is the emergence of agency banking in Kenya, a process endorsed by the Government of Kenya to bring more banking services to more of the (unbanked) population. Agency banking is supposed to take customers out of the bank halls and out to kiosks and villages; as @Rombokins noted, Equity Bank scales up from having 80 branches, and can now (potentially) sell its products through 17,000 agents of M-pesa.
CBK recently published their Agency Banking Guidelines which include provisions on what agents can and can do

Can Do: – Agents can be limited liability companies, cooperative societies, parastatals, trusts, partnerships or individuals. Agent applicants are judged based on their network (number of agents per province), services to be provided, anti-money laundering procedure, strategy and financial projections envisioned from agency business. Other factors considered will be company registration documents, audited accounts, availability of funds, bad credit reference, reputation, unclear source of funding, or criminal prosecution – which are some of the reasons for an application to be struck out. Also a license can be withdrawn if an agent is loss making, or a sole proprietor passes on
– The agent may provide services to multiple institutions (no contract between institution and agent shall be exclusive and an )
– All agent settlements must be in real-time
– Agents must receipt all transactions
– Some of the services agents can perform include cash deposit/withdrawals, loan repayments, bill payments,
Salary payments, debit cards, collection of mail

Summary: Banks still require that customers come to the halls, for most services, but with agencies can they get served better (and perhaps cheaper) elsewhere? The use of dealers and agents helped transform the telecommunications sector in the span of a decade – from having a monolithic giant (Kenya post & telecommunications) where Kenyans had to queue and buy lines, pay for equipment and other bills (and which served ~100,000 customers) to now where customers able to do the same at kiosks all around the country (serving 20 million customers) Can banks mirror the phone model of growth through agents? It’s a tough call as the safekeeping of money or the incurring of a debt (by taking a loan) is one that calls for caution on the part of the customer.

But taking a loan is a sophisticated process – as most customers need to ask the loan officer what rate am I getting? what is the payback and installment? Even if someone is desperate and signs for a loan without reading an agreement, or swipe a credit card readily, they will over time come to learn the cost of transacting as they will read and review documents, especially if they feel they are being shortchanged. It seems that lending is beyond the training and capacity of agents – and the CBK has recognized this by limiting them to being a medium for repayments. So if you want to get a loan with m-kesho, you get that information from a (trained) Equity loan officer, not an M-pesa agent.

Finally, micro-savings or savings by poor people is more about the principal, not interest. i.e there has to be a mandatory obligation to save, which is difficult for someone trying to build up savings to revoke. E.g. group schemes, chamas, investment clubs, SACCO’s have an obligation to save that binds its members through a social bond of their mutual upliftment. An obligatory commitment is also a factor in larger savings programs like mortgages or pensions.

5 thoughts on “Agency Banking and Micro-Savings”