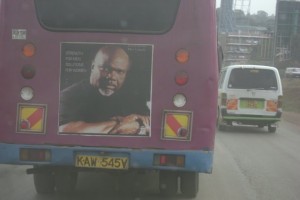 Bad Driving today in Kenya, there is a matatu (public mini-bus) strike protesting at the new crackdown by policemen for bribes, noise pollution etc. Matatu’s get blamed for a lot of the bad & dangerous driving behaviour on Kenya roads. This used to be the case, but the bad driving trend has passed on, and you’re just as likely to see over-lapping and traffic gridlock caused by small cars (especially taxis), buses, ministers & other government VIP’s – who all over-lap traffic and engage in other risky road behaviour. 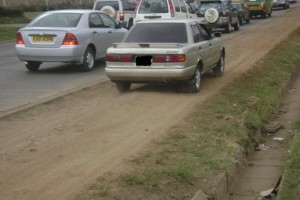 Shell Quitting BBC reports Shell petroleum will quit operation in 20 African countries disposing of refineries, storage and product sales. In 2008 Shell had already left some 15 African countries, and rumoured suitors for their assets included Oil Libya Morocco Oil in Northern Africa and Engen in southern Africa. Here in Kenya @coldtusker reckons KenolKobil would be interested if they could line up enough funding. Total of France are likely to snap up some stations after taking over Chevron, and the government will likely arm-twist a fraction of the Shell assets to go to parastatal National Oil Corp of Kenya (NOCK)

Read on Cars: also got the latest issue of AUTOnews published by the Automobile Association of Kenya – some gems in it:

In another world cup opportunity pitch, the AA of Kenya (aalicenscing@aakenmya.co.ke) is offering:
– Car Net a.k.a passport eliminates the hassle of lodging log-books or cash duty as you cross border points
– International Driver License that allows Kenyans to drive across borders
– COMESA insurance that covers Tanzania, Zambia, Zimbabwe, South Africa

Also, (in the issue), did you know there are 9 Kinds of Spare Parts? I thought there were just two genuine and fake, but according to the AA the 9 are:

Cheap Bikes are Good Business: Toyota Kenya sells Yamaha motorbikes including the kazi ngumu which costs Kshs 99,000 (~$1,320) and comes with 1-year warranty, 2 free service schedules, free registration, and a free helmet. Elsewhere in the issue, the Toyota Marketing Manager says the arrival of cheap (Chinese) bikes are boosting their (Yamaha) sales, saying low-cost brands offered an entry point, but as the motorcycle market has become established they can afford higher quality machines and turn to Yamaha for superior reliability, durability and performance…we are not worried about used imports, they are not a bad thing, certainly there are anomalies in standards and much duty evasion, but mitumba is a way for people to get started, and as they flourish they will look for better and newer products 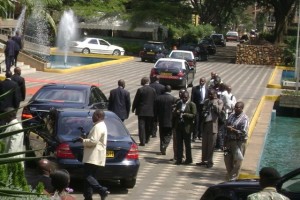 – @MwaiKibaki: Kenyans should not listen to radio traffic reports. There have been no traffic jams in Nairobi since January 2003