I was supposed to write a piece on business opportunities for the 2010 World Cup for Kenya; however the notice was short and though I started research, I never got to finish it by the deadline. Also I lost my notes and forgot about it, till I was jolted back by an e-mail from Emirates Airlines yesterday advertising world cup travel packages that include airline tickets, hotels selection and, most important, specific match tickets. I tried one and it came to about $4,000 to watch Algeria vs. England.

Back to the post, so besides global giants like Sony and Coca-Cola, what other opportunities are there for Kenyan and other African nations & companies?

Airlines: while Emirates is the official partner of FIFA and can put together packages, their passengers flying to SA have to route through Dubai. Meanwhile local airlines like South African Airways, Kenya Airways, and Ethiopian Airlines that have huge footprints in Africa can fly hundreds of fans in and out of SA daily.

Road transport: Nairobi is 3,000 kilometres from Johannesburg and which would take perhaps a week to travel by road. Bunson Travels, a Nairobi agency, has scheduled an overland bus and truck transport package to South Africa, with the possibility of match tickets on some of the higher priced packages.

Tourism: The World Cup will draw thousands of people making their first or a rare trip to African continent, which can yield opportunities for locales outside South Africa
– Beach tourism: The World Cup is associated with summer, but takes place in winter in SA (southern hemisphere), and while the weather will be relatively mild compared to Europe and US winters, it’s not beach strolling weather like you could get in Mombasa, Zanzibar or Seychelles.
– Regional packages: Ethiopian Airlines has travel packages that cover more than one country e.g. see the attractions of Ethiopia, Tanzania, Egypt, and Kenya and will probably sell those in SA. Likewise, Kenya Airways (or local agents) who will probably have travelers from Thailand and China can draw on the same to entice people on the way back e.g. also tour the Great Rift highlands of Kenya and Ethiopia and visit athletic camps to see where world-beating Olympic athletes hone their skills. 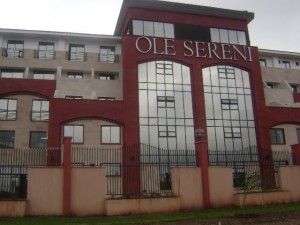 – Nairobi hotels: these are 4-hour flight away from South Africa, and will be much cheaper than the premium-priced rooms in Johannesburg next June/July. Seasoned travelers may choose to cool off and wait to minimize their hotel bills
– Sports counter-programming: how about an event that takes place immediately after the world cup e.g. an international rugby tournament (Safaricom safari sevens?), safari rally or a cross-country event.
– Training camps: for teams to practice away from fan and media attention, but in similar climate e.g. Naivasha

Logistics: Looking at the staggering numbers from the last world cup there are opportunities for hospitality, medical, security and other personnel, including K street. In IT support, there will be data, video, broadcast, and programming opportunities all of which will need capacity e.g. at the recent zuku internet launch, the Wananchi CEO bragged about the company having more fibre capacity than the entire current usage of South Africa!

Financing: Three years ago UAP insurance launched a World Cup savings plan (what happened to it?). And while Visa is the official FIFA partner, I won’t be surprised if Equity Bank launches a ‘world cup loan’ package to enable tardy fans to finance a trip to SA.

Curios: Local companies should put their African art and curios online with local companies like verviant And mamamikes, and not have to be there in SA physically to sell them to visitors.

Governments: there are opportunities for proactive governments to get involved and promote their countries with marketing campaigns, or with travel advice for locals, expedited transit visas (JKIA) or passport renewals. See what UK government is doing.

Which other local (non SA) companies have World Cup related packages, or have started, or can position themselves to profit from the 2010 World Cup in South Africa? Please post comments below, but not unrelated advertising spam

21 thoughts on “Can Africa Profit from the World Cup?”