It’s been a long progression with Safaricom and picture messaging. Started out as a product for post-paid subscribers, and then was made available to pre-paid subscribers at 20 shillings each. It’s now been lowered again to a relatively affordable 5/= ($0.09) which is the same as a regular short text message (SMS)

Safaricom gets flack for its customer service especially for new offerings, but this ones seems to work well. Here are some old pictures sitting in my phone; 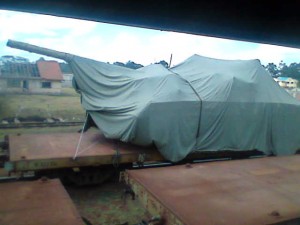 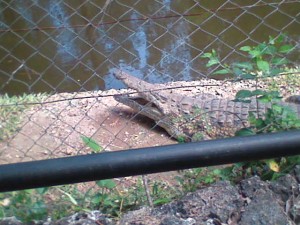 Crocodile at Haller Park (Bamburi)
(However, during the daytime, most messages are relegated to a queues and don’t get delivered. Will try it again at night to load more from the phone archives

To: Nairobi Star
Star life column on June 23
From: Bankelele

I read the Monday Nairobi Star (June 23 2008) which had the popular cost –saving ideas/feature piece.

However I was dismayed to note that the ‘free stuff in Nairobi’ in ‘Star Life’ column in the middle pages was lifted word-for-word and point-for-point from a blog post I did two weeks ago.

The Nairobi Star should acknowledge works that you use, and not pass it off as your own

14 thoughts on “Picture messaging from Safaricom”