Deno at Virtual Insanity recently wrote about Close Calls and I must share mine from the weekend.

Driving down towards Naivasha on Friday afternoon, we had just broken through the fog of Limuru, and got our first view of Mt. Longont and the whole rift valley drop at the edge of the road. We were doing about 100 kph and had just passed about four lorries and buses that were going much slower. We passed a petrol station that sits alone on the edge of the drop, and began the long descent that would take us to the floor of the valley a dozen kilometres later.

Suddenly the back of the car swung out and we found ourselves facing one of the few roadside barriers left in Kenya. We had an excellent driver who still found time to apologise to us, saying “we’re dead” as his hands worked the steering wheel. He didn’t make any sudden turns, but somehow the car turned away from the cliff-drop and spun the other way, toward the rock-edge of the road. This part of the road was quite wide because there’s a climbing lane for slow moving lorries to crawl up the hill. Our spin did not end there, and we found ourselves going down the hill backwards as Juan Montoya has preferred to do recently.

The car did another ¾ turn during which we briefly faced forwards and saw a Nissan tourist van which had been coming up hill, but had now stopped, to witness our moment, and avoid tangling with us.

All the spins, must have taken used up a lot of momentum because we ended up, off the road, facing the rocks, but stopped in a shallow grass ditch. We hadn’t hit anything during our spin, but had been re-passed by the slow 4-car train. As we cooled off, we gave small waves to the van driver to show we were ok. The engine had gone off at some point, but it re-started without any trouble, and once we righted ourselves, we continued on our journey. 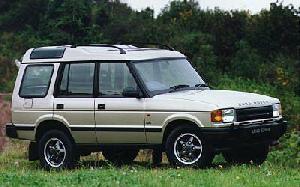 I later drove the car around Nakuru and discovered that 4X4’s are bit unsteady – in Kenya where one is constantly dodging potholes, an SUV is difficult to manoeuvre around them without losing control – perhaps this is why many drivers (mostly driving GK cars) just plough straight through them at high-speed.

But back to our, earlier spin – which was a completer freak incident as we weren’t going too fast, and driver didn’t hit the brakes or make any turns. I can’t remember if seatbelts (which we were all wearing) became a factor, but the car had no airbags. Maybe it was an oil slick on the road (from the nearby petrol station perhaps), orange peel, or banana peel on the road that caused it – but we’ll never know. So as Jules Winnfield famously said, “this was divine intervention.”