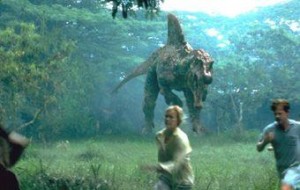 Yesterday I finished reading Michael Crichton’s “Jurassic Park” and immediately started reading its sequel “Lost World” which I found in the house. I didn’t get very far into it, before I went to bed. Naturally, I wondered what it would be like, and how much better than the movie it would be like. I went to sleep, and had this dream:

I was part of a group of dinosaur hunters, somewhere in the Sahara desert tracking down missing dinosaurs from the Park. We had found a fort in an oasis with a few trees, and had set up a camp and a trap there to catch the last surviving, reptile, a t-rex. The trap was actually a cow which was tied and grazing near some trees in which we hunters were hiding with a whole lot of guns.

At some point during the night, I felt I had to answer a long call of nature and I went to the pit latrine, which was next to cow. As I was doing my business I heard the cow scream, and looked up to see it dangling from the jaws of the t-rex which had appeared out of nowhere. I finished up, and ran into the trees yelling to my fellow hunters to start shooting, which they did. They came out of the trees guns blazing firing at the dinosaur. 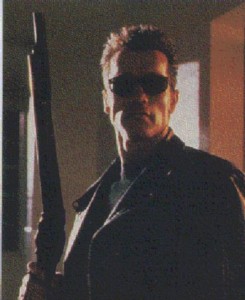 T-Rex seemed confused by all the flashing lights, noise and smoke for a moment as it finished its meal. Then it calmly pulled out a six-shooter pistol and started firing back at us. We were all stunned at the intelligence of this reptile which was using our own human weapon against us. We figured it only knew how to use a small pistol. Next thing, he pulled out a shotgun, loaded it one-handed like Arnold in Terminator and continued firing at us. We then put down our arms and started running away, but all in the same direction. We had to keep our own guns away from the reptile, since he would gain another weapon for each one of us he caught. 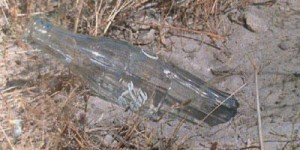 At this point we were reduced to running about, only pausing to throw empty coca cola bottles, – (the Gods had gone crazy), at him as he continued firing his shotgun and roaring at us though the dust storm. Then I woke up.

6 thoughts on “A Nightmare”