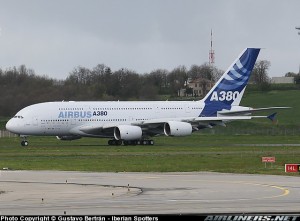 Tomorrow will see the first flight of the world’s biggest airliner, the Airbus 380 (which should be live on both CNN and Sky news)

Kenya Airways new 777 arrived with less fanfare than the first one last year, which was the first to be operated in sub-Saharan Africa.

In the Kenya gazette, several air licenses have been applied for including 5 (from various airlines wanting to fly to/from Tanzania) 2 to use Eldoret airport (one Eld-Sudan, and one for Eld-Dubai) and also four airlines to fly from Europe to Mombasa (avoiding Nairobi)  these are Monarch (Gatwick-Msa), Euro Atlantic (Brussels-Msa), African Safari Air (based in Msa and Air Plus Comet (Madrid-Nairobi.